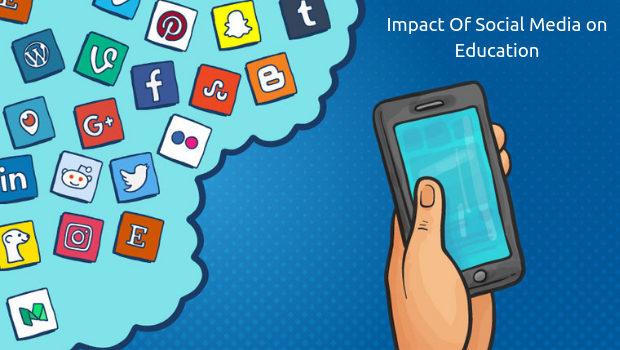 The biggest impact of the social media in the school and college life is that the students get the attitude of playing with friends. New generation shows great interest in the visuals and discusses in the social media many times a week to get rid of the stress which is common in the teenage. Students love to play the games and improve their concentration levels. There are chances that they become more materialistic and addicted to the same type of activities.

Students learn about so many types of information’s from social media but there are chances to get influenced by the anti-nationalists. Students are like the pillars of the country and the bad experiences infect their love towards the country. Openness and awareness are important at the same time a positive approach is equally important. So, students should be taught about the original content and fake content when using social media. The fake content and knowledge of the political environment is an important education to understand the social concerns for the students.

Demand for Social Media all over the world

Let us see the statistical data regarding social media. There are 1.6 billion Facebook users, billion-plus youtube watchers, 950 million of what’s app users, 440 million of Google plus users, 430 million of Instagram users, 420 million of linked in users, and 230 million of twitter all over the world. The network is big and it promotes the interest in sharing information. Blogging, micro-blogging, forums, social bookmarking and podcasts are the wide range of channels in the common platform called social media.

Social media in the Higher Education

American professors use social media as a teaching tool. Amidst the big population of America, around 41 percent of the professors use social media. The YouTube watchers for the National program on technology enhanced learning {NPTEL} and e-learning engineering courses counted as 110 million people. The higher education universities prefer LMS for the learning system. LMS is used for the distance education and for the administration in the universities. Desire2Learn, WebCT, Moodle, and blackboard are some of the famous LMS in the market now. Teachers share information regarding the subject through apps like Twitter, Facebook or LinkedIn which makes the learning still more interesting.

Some of the disadvantages of using social media are it makes the students waste the time in gossips and irrelevant stories. The communication skills of the students have changed and many students use the online jargon in the answer sheets. The courses provided through online are sometimes not genuine and there are chances to provide the bogus degree. So, it has both pros and cons as like the other channels of communication.